Have you ever heard of this guy? I heard him on MLB radio a few years ago. He’s made a science out of catching baseballs. Anyway, he caught A-Rod’s 3000th.

So . . . as you may have heard, Alex Rodriguez’s 3,000th career hit happened to be a home run, and I happened to snag it. (Un-REAL!!) I’m planning to write a long blog entry with lots of photos, but things are so crazy right now that I wanted to get this up quickly.

First, here I am on TV with the ball:

Here’s a better look at the ball itself: 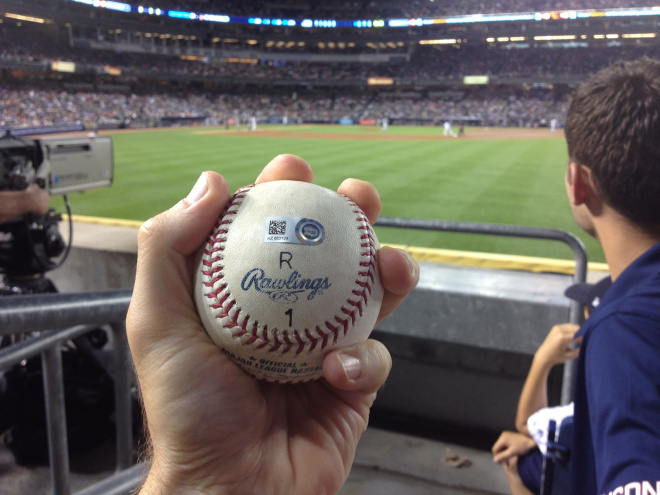 The “R” is for “Rodriguez,” and the “1” indicates that it was the first specially-marked ball of the game that was put into play for his at-bats. Those markings were already there when I snagged it. The sticker up above was placed there a little while later by an MLB authenticator.

Now, why are things so crazy? Here’s a screen shot of my email inbox: