From The Hockey News:

The World Junior Championship produces a number of highlight-reel plays every tournament because of the best-on-best nature of the games, but Belarusian goaltender Ivan Kulbakov may have made the most notable play of the 2016 competition thanks to a bizarre decision Sunday.

Belarus was trailing Slovakia 3-2 late in Sunday’s game when Kulbakov was taken out of the net for an extra attacker. With 25 seconds remaining, however, Slovakia had managed to break out of their zone and head towards the empty Belarus net. It was then Kulbakov made the incredibly confusing decision to hop back onto the ice — creating a too many men penalty against Belarus — to charge at Slovakia’s Juraj Siska in an attempt to break up the empty net attempt.

Instead, Kulbakov fell awkwardly and appeared to injure his right leg while Siska skated around the downed netminder before putting the puck in the net:

He’s from Arizona.  He is currently playing professional hockey for the Zurich Lions in the Swiss League and is slated to be the number 1 pick in the 2016 NHL draft.

Music from video is Red Horizon from Doom Unit.

Maxi Domi get his first career fighting major. It wasn’t much of a fight but Domi swings for the fences, you’ll see it on the replay.

Anze Kopitar, the pride and joy of Slovenia and one of my favorite players, scores a beautiful goal in OT to win it for the Kings.

I’m not a big MMA or UFC fan, and I don’t really care to see ladies fight, but Michelle “The Karate Hottie” Waterson is nice to look at. 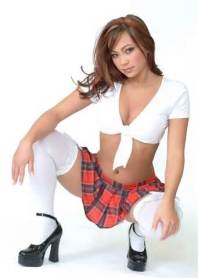 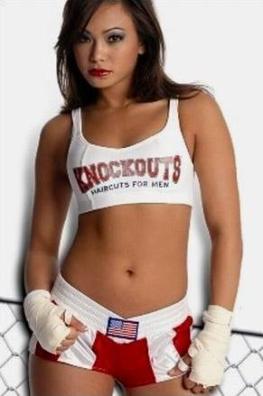 I have a great idea, The Red Wings should hire The Karate Hottie as an Ice Girl.

Does Rondon look any slimmer to anyone?

If anything, he looks like he put on a few.

with a nice backhand to forehand deek.

was against the Calgary Flames.  He recorded two goals and one assist.

I hope he comes back soon!

goal against Edmonton.  We didn’t get McDavid vs. Eichel but Jack had a sweet backhand to open the scoring on Sunday.

Note: I didn’t know WAR (Wins Against Replacement) was the new, single, stat that determines a players production?

3: Babe Ruth (183.7 WAR): Ruth first sported his No. 3 jersey — based on his spot in the batting order — in 1929 when the Yankees helped usher uniform numbers into the mainstream. He sported the No. 3 on his jersey over each of the next six seasons with the Yankees, before also keeping it with the Boston Braves for his final big league season in 1935.
Other notables: Jimmie Foxx (97.4), Alan Trammell (70.4), Frankie Frisch (70.4)

Flashin' Leather
Create a free website or blog at WordPress.com.