JV looked pretty good.  He gave up only 2 earned runs and lasted  six innings.  He could have lasted longer but the defense behind him was, not good.  Torii Hunter dropped a routine fly ball in the second, shortstop Alex Gonzalez made an error in the fourth and Nick Castellanos, although he wasn’t charged with an error, failed to catch a ball in foul territory.

I was very pleased with the way the Tigers battled back in the late innings after trailing 3-1.

Also notable: A Squared money was 1 for 2 with 2 BB.  Victor hit a solo shot.  Castellanos and Gonzalez each had two hits.

The Miguel Cabrera contract, that is.  By now, I’m sure you’ve all heard that the Tigers and Cabrera have agreed to a 10 year $292 million contract extension.

That being said, Cabrera is the best hitter in baseball and one of the best hitters I’ve ever seen.  But 10 years for a guy that is already 30 years old?  I think it will work out fine for four or five years but will then hang upon the neck of the Tigers organizations like a South African necklace.

were the nicknames given Paul and Lloyd Waner of the Pittsburgh Pirates.

Check out this post at Sports on Earth for “The Best Names In The Game“.

It looks like it.  According to this report, Ichiro is the Yankees’ 5th outfielder.

The time comes for all of them, no matter their former greatness. And so it has come for Ichiro Suzuki.

No longer a slap-hitting machine at 40, Ichiro has an uncertain role on the New York Yankees roster. Actually, maybe it is quite certain, just not very vital. As the New York Post’s Joel Sherman writes:

Should he stick with the Yankees, Sherman estimates he’ll start weekly, be inserted for late-inning defense, pinch hit and pinch run. At the end of the year, he might total 200 plate appearances.

well I’m giving you one anyway.  Pencil these numbers in for “Freeway” Ricky Porcello (assuming he stays healthy):

Sliding a baseball across his kitchen table Ted Williams told Reid, “I was a ballplayer.”  Reid’s reply was, ” like a Ferrari is a car.”

Any baseball fan should consider reading , The Kid –  The Immortal Life of Ted Williams, by Ben Bradley. It’s long but fantastic.

Iglesias’ hands are so fast, and his range so vast, that when second baseman Ian Kinsler was traded to the Tigers in the offseason, Red Sox second baseman Dustin Pedroia sent Kinsler a warning via text: “Hey, man, you’re going to love Iggy. But keep your glove up. You’ll get hit right in the teeth, look like a hockey player.”

Iglesias’ defensive reputation has preceded him since he learned to field grounders hit by his dad on a diamond near their house in Cuba. The better Iglesias got at catching them, the more he scooted in, and the harder his dad hit them.

Terry was the last major leaguer, not named Teddy Ballgame, to hit .400.

Here is a link to the story from MLB, H/T Nebraska.

Hmmmm does this mean Davis and Lombardozzi will be platooning in left?

This is a shame, I had Good Ole Dirksy slated for 40 HRs and 130 RBIs this year.  It will be tough to replace his production. 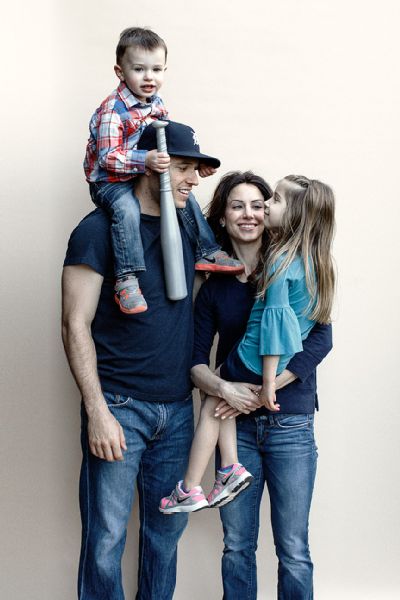